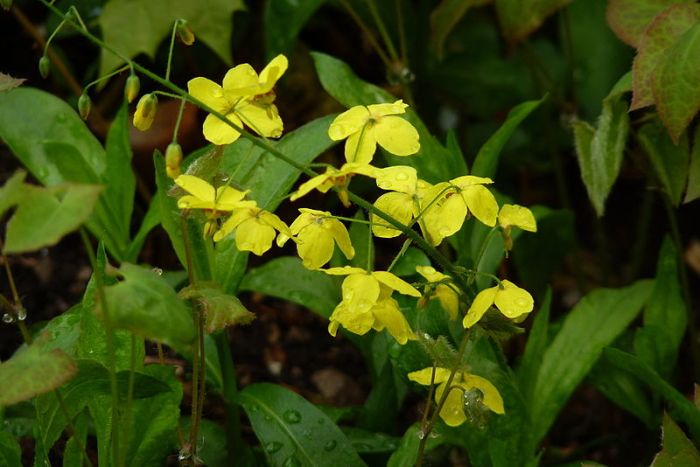 Epimedium koreanum is a flowering plant in the family of Berberidaceae. The majority have four-parted “spider-like” flowers in spring.

Epimedium is an ivy-like ground shrub grown in the higher and drier areas of Tibet. It is in the same plant family as Barberry and Oregon Grape. Hugely popular as garden plants for centuries in Japan, epimediums are only just beginning to garner attention in the West. While they vary somewhat in their respective hardiness, all are essentially dwellers of the forest floor.

Epimediums will form beautiful groundcover plants, often with magnificent new leaves tinted in bronze, copper and reds combining with a huge variety of flower colours and forms in spring. The leaves often turning purple, crimson and scarlet in autumn in some forms, and remaining evergreen in others.

TMNS is a biological treatment provided at IHM for Erectile Dysfunction. The technology can be prescribed for home use through purchasing anew or through HIM’s 6 Months Rental Program. The Soft Pads ( included) are detachable and replaceable for individual use.

Epimedium has been shown to up-regulate genes associated with nitric oxide production and changes in adenosine/guanine monophosphate balance. Administered is only for short term use.

Brought to you from IFER on the Isle of Gigha in the west of Scotland.

Plants and their flowers each have their own character and qualities. Taken as an essence, these flowers can resonate with, and awaken or enhance the same qualities within a person.

Bulbophyllum gracillimum is from the family of Orchidaceae.

Bulbophyllum is a very powerful flower essence with several layers of activity that has a profound effect on the pelvic centres as well as on the pineal gland.

It establishes a counter current in the pelvis, reining in excess sexual energies. It also reduces heat in the liver.

Physiologically it represents the area of the body located near the basal end of the spinal column, in the vicinity of the coccyx , its kshetram, and in the front of the body, the pubic bone. In the Vajrayana of Tibet this area of the body is called the Secret Place, four fingers below the navel.

IHM recommends Bulbophyllum gracillimum as a supportive aid that works on the subtle anatomy, in providing additional support for men with prostatodynia, or chronic pelvic pain syndrome (CPPS)

Equisetum arvense , horsetail is an herb that has been used medicinally since the Devonian period. It is an excellent astringent for the genito-urinary system. Helps urinary continence and complete when combined with Hydrangea for Prostate inflammation..

The silicates found in horsetail strengthen connective tissue. Silica concentrations also promote bone and cartilage formation and are nourishing for skin, hair and nails. (Not for use in persons with kidney disease.) 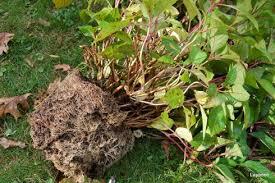 Hydrangea’s roots and rhizomes of this shrub contain numerous phytochemicals and nutrients that are used to maintain urinary and kidney health.

The greatest use of Hydrangea is for healing an inflamed or enlarged prostate, reducing inflammation which keeps the prostate less likely to push against the urethra causing urinary continence. Hydrangea’s diuretic properties also helps to maintain a healthy urine flow .

Hydrangea is known to be a tonic which tonifies, as nourishes the prostate. It produces a healthy reaction from the kidneys and the bladder so that they can function better.

Plant Stem Cells from the buds of the Sequoiadendron.

The main action of Sequoiadendron (Sequoia Gigantea) is on the 17-ketosteroids, the substances that form when the body breaks down male steroid sex hormones, androgens and other hormones released by the adrenal glands and testes.

Improving certain neuro-sexual functional syndromes and complementary for all anabolic proteins including urinary problems such as functional incontinence.

Plant Stem Cells are a natural way to restore health to your body by acting as both a curative and drainage agent. Plant stem cell therapy is prescribed in very low dilutions, from the mother dye to 3D, in the form of drops, in the dose of 10 drops once or twice per day.

Glycerine plant macerates are prepared either from certain buds or from plant tissues in the process of growth and division.

Prepared from Buds or Rootlets of Acorns – Pedunculata or long-stalked to this species of Quercus or Oak.

A fallen acorn will sprout where it landed. It first sends a taproot into the soil, and not long after that, a single stem emerges from the end and opens into the cotyledon this is its embryo. One tip forms the initial root and the another forms the stem.

Oak has the potential to irritate the stomach for a small percentage of people and can best be taken with Matricaria Chamomilla to calm stomach irritation.

Brassica nigra is a plant of the Cruciferae family to which mustard seed oil is derived.

Brassica plant seeds are plentiful in glucosinolates, which are phytonutrients that are being studied for their anti-cancer effects. In animal studies, intake of glucosinolates has been shown to inhibit the growth of existing cancer cells ..

The seeds are often used in herbal medicine, especially as a rubefacient poultice. The seed is ground and made into a paste then applied to the skin in the treatment of rheumatism, as a means of reducing congestion in internal organs. Applied externally it draws blood to the surface, and is helpful for delayed ejaculation.

The Physical causes of delayed ejaculation include:

Injury to the pelvic nerves.
Certain infections, such as a urinary tract infection
Prostate surgery, such as transurethral resection of the prostate (TURP) or prostate removal
Neurological diseases, such as diabetic neuropathy, stroke or nerve damage
Hormone-related conditions, such as low thyroid hormone or low testosterone.

Because of the oils antifungal and antibacterial properties when applied it can help to deter infection of the prostate.

The mustard seed oil is unaltered and chemical free and used as a therapeutic lubricant for prostate therapy for its antibacterial, antifungal, and stimulating properties. 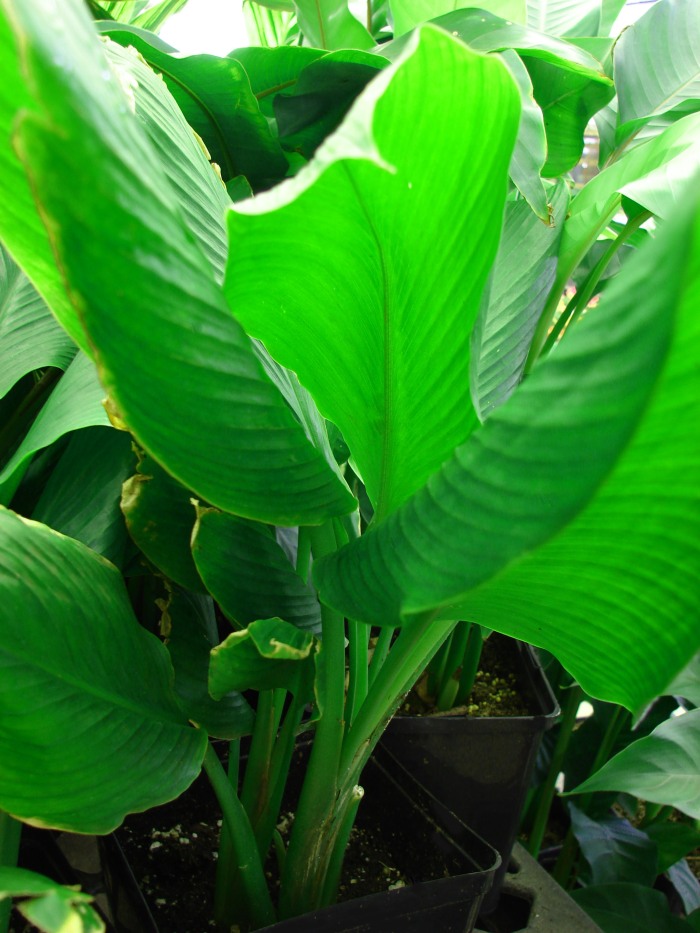 The most important chemical components of Curcuma longa are a group of compounds called curcuminoids, which include curcumin diferuloylmethane, demethoxycurcumin, and bisdemethoxycurcumin. The best-studied compound is curcumin, which constitutes 3.14% (on average) of powdered turmeric. In addition, other important volatile oils include turmerone, atlantone, and zingiberene.

Curcuminoids act as a superoxide radical scavenger as well as singlet oxygen quencher and gives the antioxidant its effectiveness. Tetrahydrocurcumin, one of the main metabolites of curcumin, is the most potent antioxidant among the naturally occurring curcuminoids.

The curcuminoids are capable of inhibiting damage to super coiled plasmid DNA by hydroxyl radicals. It was concluded that the derivatives of curcumin are good in trapping the 2,2-diphenyl-1-picrylhydrazyl(DPPH) radical as efficiently as curcumin which is a well known antioxidant.

DPPH has two major applications, both in laboratory research: one is a monitor of chemical reactions involving radicals, most notably it is a common antioxidant assay, and another is a standard of the position and intensity of electron paramagnetic resonance signals.

Anti-inflammatory effects of curcumin and its derivatives are because of the hydroxyl and phenol groups in the molecules. These groups are essential for inhibition of prostaglandin synthetase and leukotrienes synthesis. A system with conjugated double bonds or dienes is also believed to be responsible for the anti-inflammatory effect as well as antiparasitic activity.

The properties of curcumin include the induction of cellular defense detoxifying and antioxidant enzymes, which can protect against cellular damage caused by environmental carcinogens or endogenously generated reactive oxygen species. These compounds can also affect cell-death signaling pathways, which prevent the proliferation of tumor cells.

One activator of antioxidant and anticancer genes appears to be Nuclear factor-erythroid-2-related factor 2 (Nrf2). Nrf2 is the master regulator of the body’s aging process. When Activated, Nrf2 enters the nucleus of a cell and helps the body function at an optimal level.

Curcumin activates Nrf2 signaling in skeletal muscles; in cell culturing system and in haem oxygenase-1 via regulation of Nrf2 and the ontioxidant-responsive elelment.

Curcumin has also been shown to improved insulin signaling and glucose disposal, associated with the attenuation of muscle mitochondrial oxidative stress.

Curcumin, can enhance the cancer-fighting power of treatment with tumor necrosis factor-related apoptosis-inducing ligand., a naturally occurring molecule that helps kill cancer cells. In an experiment with human Prostate cancer cells in a laboratory dish, the combination treatment killed off two to three times more cells than either treatment alone.

Water-soluble curcumin could enhance Erectile Function with more effectiveness and with more prolonged duration of action.

Health also reflects the ability of an organism to adapt to stress.

Stresses—metabolic, proteotoxic, mitotic, oxidative and DNA-damage stresses—not only contribute to the etiology of chronic degenerative diseases but are also hallmarks of the cancer phenotype.